Posted in:
East Midlands business
Posted by: JasmineThompson
Posted on: 30/05/2022 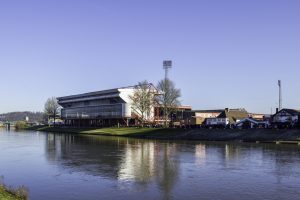 “And while winning the Championship play-off final is said to be worth £170m, the rewards for the local economy will go much further.

“Football is the world’s most-watched sport and the Premier League is the most popular national club competition, so playing in the top tier is another opportunity to put the Nottingham name on a global stage once again.

“At a time when the city is seeking inward investment for some exciting regeneration projects, this will certainly do no harm in elevating its international profile.

“More generally, a successful sports team creates a healthy atmosphere across the whole area, bringing with it significant positive economic consequences, not least for the hospitality businesses and transport networks that have endured a tough period over the past couple of years.

“Being back in the top-flight for the first time in 23 years also offers the prospect of different clubs’ fans visiting Nottingham, perhaps for the first time – boosting the local economy via spending in pubs, hotels, restaurants and shops, but also enhancing the city’s wider reputation as a destination.

“But promotion is also about much more than that. Nottingham Forest is woven into the city and county’s fabric, and having its Premier League status restored after more than two decades creates a huge sense of pride for its community.”